[Glitterfy.com - *Glitter Words*]
Among the most important indicators of a modern society; a settled democracy, an advanced human rights mechanism, a pluralistic understanding and peaceful settlement of disputes. Democracy, which can be defined in different ways, in its simplest form en the people, the people by the people to be managed. Human rights; it is fundamentally indispensable and inalienable universal rights that everyone has because it is a human being, aiming at protecting human dignity. Pluralism; that various thoughts and tendencies are considered valuable,and an understanding that is deemed to have the right to be represented. Simple Idea If Conflict
and a range of situations, events, processes and actions. Although it is suggested that the existence of these three concepts in the literature is cultural, experiences have shown that education plays an important role in the development and establishment of these concepts in a society.Democracy is not only a system of political structure or management, but also a lifestyle. As John Dewey points out, democracy is more meaningful than a government structure.
expresses; democracy mainly involves joint experiences and coexistence. In a country, democracy is not enough for the functioning of democracy in a country, it is equipped with the knowledge, value, attitude and skills required by democracy
must be. Citizens in a democratic society; knowledge, skills, values ​​and attitudesfrom a critical point of view, it must be participatory, active, free and autonomous, reaching its decisions as a result of reasoning based on the correct information passing through this critical thinking filter. Democracy and the development of democracy in society necessitates the democratization of culture, which is the pattern of human behavior in that society. The settlement and development of democracy, democratic culture in the family, school, environment and societybecomes possible. How will this democratic culture settle in the family, school, environment and society?Although institutions such as family and media contribute to the formation of a democratic culture, the school's contribution to this process is very important. Schools are more active in their democratic process by offering students common knowledge, skills and values ​​required by democratic culture.Helps grow as individuals involved.
As a result, young people need to be equipped with the knowledge, values, attitudes and skills required by democracy in order to participate in the democratic process as a knowledge-based, value-based active citizen.

Democracy is a system in which people are actors, not viewers. Noam Chomsky

AİMS
-Explains the basic principles of democracy.
- Evaluates the role of democracy in the functioning of the democratic system
-Comprehends the contribution of democratic citizenship to the functioning of the democratic process.
-Knows the historical development of the concept of democracy and evaluates contemporary democracy
-understand the requirements of democratic participation
-Use their rights and freedoms as a free and autonomous individual.
-In order to solve the problems in his / her environment, he / she takes active duties voluntarily in organizations appropriate for his / her age and position.
-Information and communication technologies in accordance with ethical principlesand actively participate in democratic life. 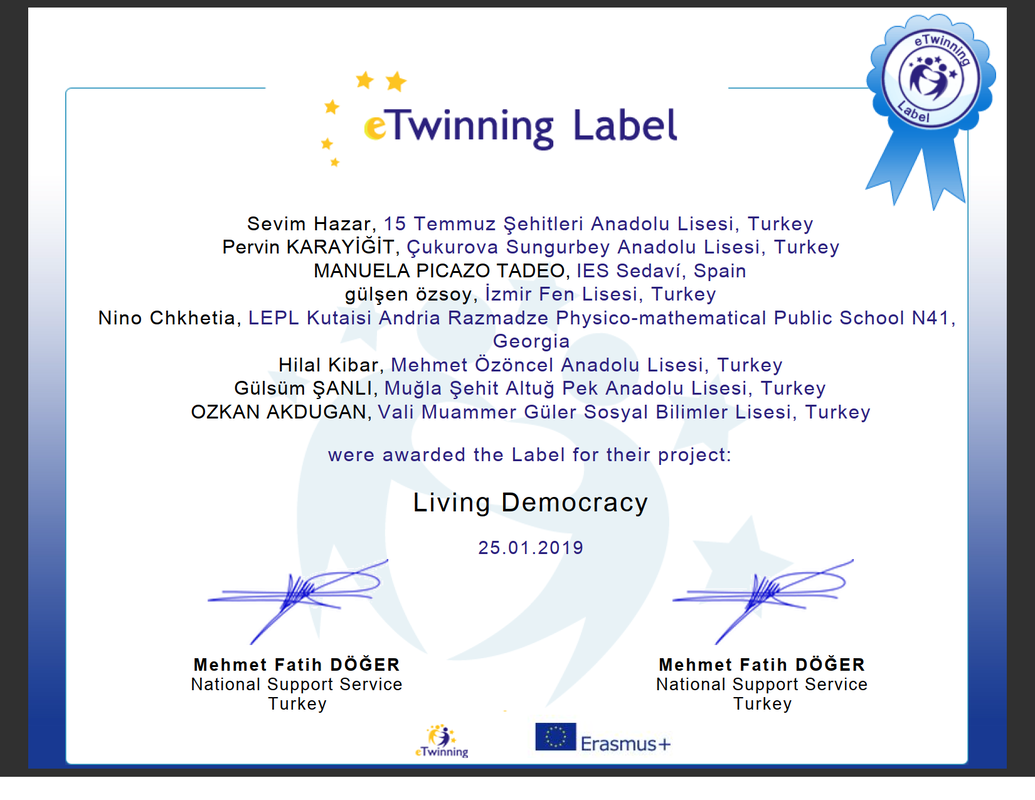